When my older brother, asked me to write a guest blog I was at first excited and then terribly daunted. I should preface this post with the fact that I am not a scientist, so the following is purely based on the observations of an amateur!

I have been diving since 2005 and have a passion for all things ocean. I also love to travel. After spending the past 6 years behind a desk, I decided to temporarily abandon my Sydney life to spend some time indulging in some underwater delights and a slower pace of life.

So, I’ve recently returned to Australia after months of diving and travelling, including three months living in a remote fishing village, Andavadoake, on the south west coast of Madagascar. I was volunteering with a UK based marine conservation organization, Blue Ventures, who have been working in the area for over 10 years. 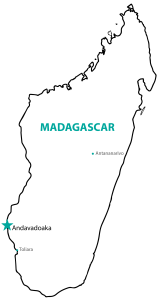 I have wanted to visit Madagascar for many years after seeing an image of the Allée des Baobab in a travel magazine as a teenager. And who doesn’t want to see lemurs in the wild?! However, it was with naivety that I embarked upon this adventure knowing very little about the country and its people, not to mention the extensive reef system – one of the largest in the world! All I knew was that I would be diving everyday (win), and would learn some science to help monitor the local reefs (win)… AND I would be there during whale season (WIN). 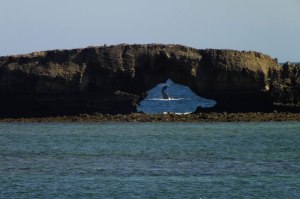 What I quickly learned was that Madagascar is not a country filled with primordial rainforest and troops of lemur bouncing around, but a country of varying climate and terrains. I drove through endless rice paddies and farmland reminiscent of my travels in South East Asia; vast rocky scapes that hold minerals and precious gems; the desert spiny forests full of the famous octopus tree; and finally, the turquoise, sparkling ocean. It was surprising and sad at times, knowing that much of this land, in fact, used to be primordial rainforest, but that’s perhaps, a discussion for another time. 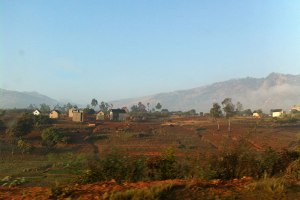 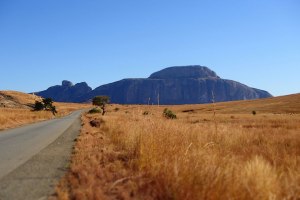 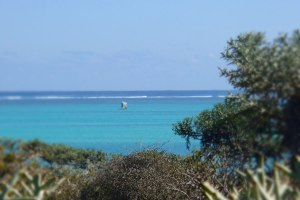 I arrived in Andava with my fellow volunteers right on sunset, having travelled four days overland. We were a little disheveled yet full of excitement from our first experiences in Madagascar, which involved descending from the central plateau by hazard lights as our headlights didn’t work; a crazy Chinese hotel where we struggled to find our rooms in the labyrinth of corridors; lemur, chameleon and scorpion sightings; a flat tyre; hiking desert canyons; swimming in freezing pools in small oasis’; our first taste of Malagasy rum and dancing; incredibly rough ‘paved’ and unpaved roads; and more lemurs! 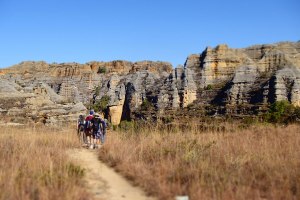 Hiking the desert canyons of Isalo

But finally, we were standing on the beach and gazing at the sun as it dipped into the ocean for our first (of many) Andava sunset. I rarely missed a sunset after that, as my thousands of photos suggest. This would become one of my favourite parts of the day. 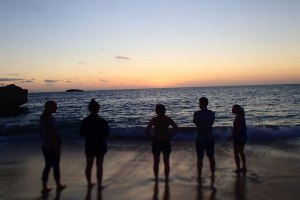 In my next post, I will delve into my time as a volunteer diver in the village of Andavadoake…